OVERCAST (2015)
A film by Matthias Hancke

OVERCAST is a groundbreaking documentary about a phenomenon that most of us would consider normal: Jet contrails that spread into clouds, covering the sky and blocking the sun.

For some people however, these trails are the biggest environmental crime in the history of mankind.

Based on ideas first outlined in 1974, scientists have developed the basic technology necessary for climate control. Jet planes would be deployed, dispersing large amounts of harmful chemicals into the atmosphere to reflect sunlight back into space.

However, what if this technology known as geoengineering has already been fully implemented for many years, with neither public consent, nor disclosure? Are the jet trails and the whitened skies that we see today the result of such a geoengineering program?

For over a decade now, the phenomenon has given rise to severe controversy and wild speculation. In a challenging investigation this documentary distinguishes the hard scientific facts from lofty speculation. OVERCAST aims – once and for all – to find a conclusive answer if we are being sprayed or not 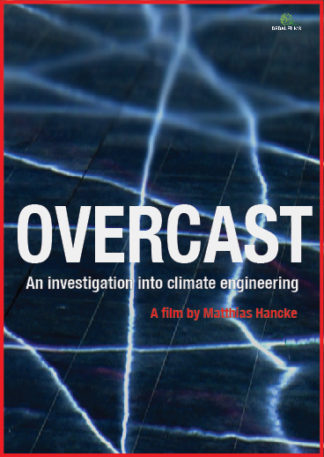